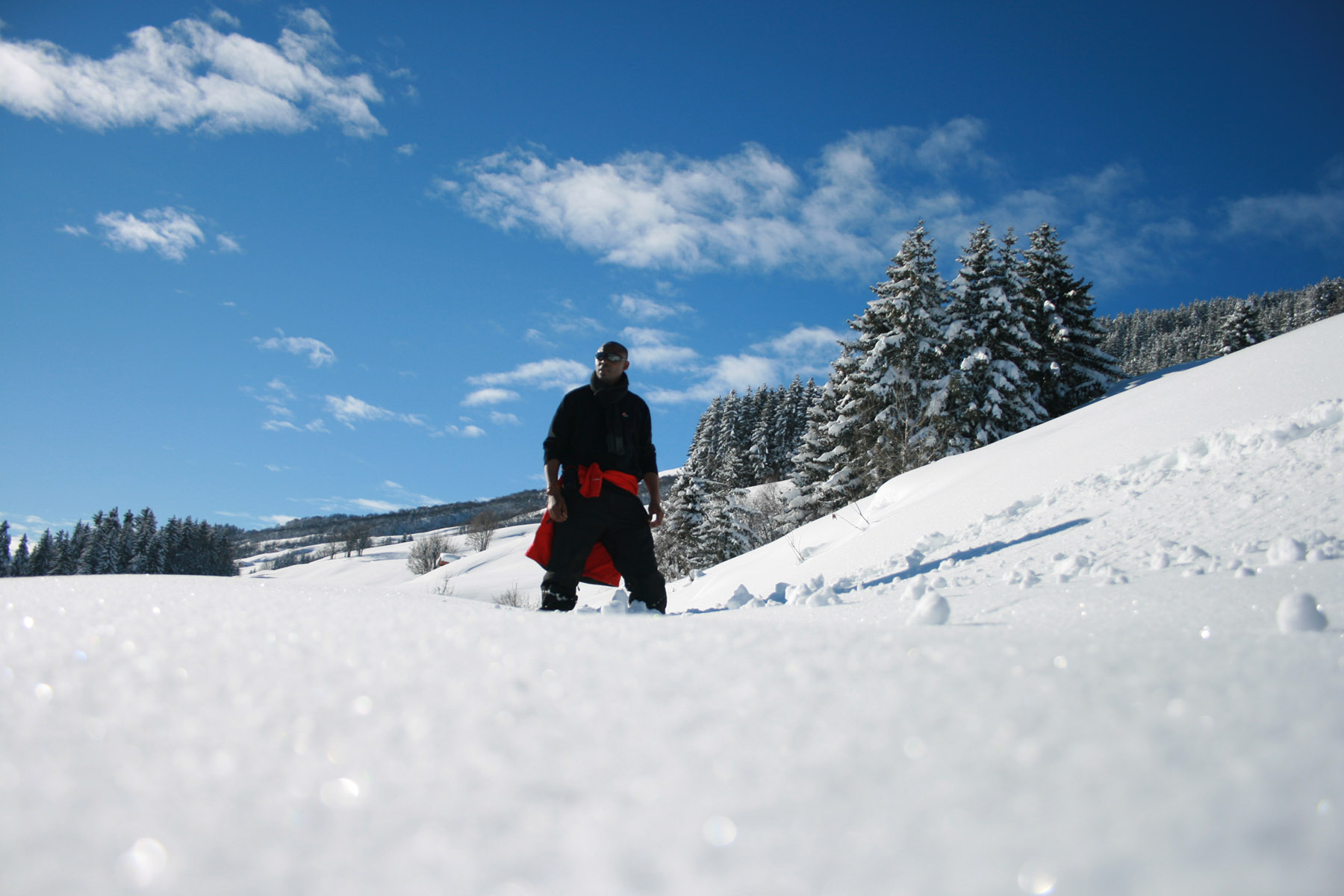 Fabrice Hossa (born in 1979) is a french environmentalist and activist. Through his several projects, he created a global movement and collaborated with many talents to highlight the beauty and the plight of our planet for over 12 years.

Fabrice was raised and inspired by his mother who supported thousands of children orphaned by AIDS in Africa and his father, a wise and generous man. In 2009, he created a collective of artists called Free Spirit. As an ART lover, he organized in 2010 his first photography exhibition in Paris in order to raise funds to support his mother’s non profit organization. 6 talented photographers accepted to be part of that beautiful project. For the first time, Fabrice built a bridge between the beauty of ART and a charity.

Fabrice loves mountains, trekking and traveling. He is literally fascinated by the beauty of nature. In 2017, through his non profit organization Free Spirit, he decided to join the global movement to fight climate change. His work amplifies the voice of the forests, the oceans and the wildlife. The goals of his organization is to raise public awareness on climate change, educate the young generations and take concrete actions on the ground.

Free Spirit Foundation missions are to restore forests across the globe and to create healthy and abundant oceans for us and for the planet.

He is equally recognized by the conservation community and major organizations (IUCN, UNEP, UNESCO, IFAW,the french Ministry of Ecology…) for his outspoken work and the impact of his projects on nature. Most recently, his organization Free Spirit became an official partner of the United Nations on Ecosystem Restoration 2021-2030 and the ocean decade 2021-2030 by UNESCO.

Fabrice Hossa lives a life of art, purpose and adventure, combining a career as an EMEA Development Manager for one of the biggest companies in the IT industry and founder of Free Spirit Foundation, EXPLORE and School for a brighter future. In addition to being a speaker, Fabrice is a leader surrounded by more 500 talents across the globe. All together, they inspire thousands people in the field and millions people through visual storytelling and digital campaigns.

Since October 2021, Fabrice is a member of the United Nations Task Force on Ecosystem Restoration 2021-2030. He will bring his expertise to the UN Decade’s “Best Practice” and « Youth » task forces and will collaborate directly with experts all over the world in accordance with the roadmap and guidelines set out by the Decade.

The UN Decade on Ecosystem Restoration is a rallying call for the protection and revival of ecosystems all around the world, for the benefit of people and nature. It aims to halt the degradation of ecosystems, and restore them to achieve global goals. Only with healthy ecosystems can we enhance people’s livelihoods, counteract climate change, and stop the collapse of biodiversity.

September 2020 : Free Spirit plants 100 000 trees in Kenya as part of its RE-GREEN THE PLANET programme

The United Nations on Ecosystem Restoration

The Ocean Decade by UNESCO

A non profit organization dedicated to protecting the planet

ART can protect the world and save our future

Integrating the sustainable global goals at school to save our future

A next generation exploration vessel with a positive impact

attendees at his events

U.S. Ambassador to
the French Republic and
Principality of Monaco

Acting Assistant Secretary
for the Bureau of Oceans,
Environment, and Science

ALL ORGANIZATIONS MENTIONED BELOW COLLABORATE WITH HIS FOUNDATION 'FREE SPIRIT'

© 2019 Toppic theme by kotofey
You can enable/disable content protection from Theme Options and customize this message too.